We are pleased to bring you a special blog from our conversation with Amanda Coleman of the Irish Angel organization. She is a stalwart supporter of law enforcement, offering moral support, resources and funding to first responders seeking treatment for mental health issues. We are beyond thankful that she graciously agreed to sit down with us leading up to her inaugural event, the Blue Line Bash in Boston, Massachusetts.

Simple beginnings made a huge impact

Amanda Coleman, aka the “Irish Angel,” is a Dubliner that comes from a family of law enforcement and currently operates the Irish Angel charity in support of mental health and wellness for law enforcement officers. Her journey began in 2015 when the police in Ireland were beginning to have a difficult time with community relations. A family member mentioned the issues police were also having in America.

Coleman was beside herself hearing about a “war on police” in America. From her perspective, America set the standard and led the way when it came to policing. Finding out that there were underpinnings of an anti-police movement in the US affected her deeply.

“I think it bothered me so much because the people behind the badge are human,” Coleman said. “Even though I’m from a different country, you know the people are still the same, still in it for the right reasons and they still have families they need to look after.”

Coleman was so moved she decided to take action by simply posting messages of support on LinkedIn. The response was overwhelming. Before she knew it she was inundated with messages of appreciation from American law enforcement. Her messages of encouragement meant so much to them that HRT OPCON-1 sent her an honorary SWAT callsign - Irish Angel. At that point, she created a password-protected website that functioned as a digital safe space for law enforcement to connect and talk about their problems.

As Coleman began to listen and speak with law enforcement, she started to recognize the signs of PTSD and mental health complications in the law enforcement community. She has personal experience with PTSD, substance abuse and depression within her own family and upbringing, so she was already attuned to the challenges they were expressing.

As the website and social media efforts continued to foster a lot of attention on Coleman and her cause, she decided to focus her efforts to help and support law enforcement, specifically with PTSD and mental issues.

As she began to research the problem of mental health in policing, Coleman identified a major barrier: officers wouldn’t reach out for assistance. The two biggest reasons were cultural and financial. Culturally, they were concerned about losing face with their colleagues or losing their badges. Additionally, most health insurance doesn’t cover mental health treatment - or if they do, not to the extent that they need. She further discovered that any officers that did seek treatment preferred to do so in another state - incurring an even greater expense. This was in addition to the general financial strain of coping with depression, PTSD and the substance abuse that often accompanies these conditions. She ultimately found a whole ecosystem that was difficult to navigate and expensive for those seeking treatment.

The issue of mental health in policing, their inability to get help, the masculine culture of the industry and the sheer numbers of officer suicides was, to Coleman, reminiscent of the PTSD and mental health issues of returning Vietnam veterans.

“It’s a massive problem that needs to be addressed,” she said.

One thing Coleman knew she could do was to connect law enforcement with treatment centers and provide scholarships and funding to those seeking treatment. In December of 2019, she established Irish Angel as a 501(3)(c) non-profit in New York to start the challenging work of fundraising to provide officers with the treatment they needed. Despite a positive response from the beginning, COVID-19 has presented a number of challenges in kicking off her non-profit efforts in the United States. She has, however, persevered and kicked off her first successful fundraising event, the Blue Line Bash, with the Boston Irish Angel Chapter in October of 2021.

While the event finally happened, due to the pandemic there were still challenges. The event was originally intended to run in tandem with a three-day conference. That conference was canceled (but she still has plans to continue with a conference on future chapter events). Leading up to the event Coleman herself contracted COVID-19 and was unable to attend the event in person. (Coleman and her family have not had complications and are expected to make full recoveries.)

Despite the challenges of getting her charity off the ground, Coleman takes everything in stride - even referring to her own illness as simply “horrible timing.” Her humility only further emphasizes that Irish Angel isn’t about her; it’s about supporting law enforcement and getting them the help that they need.

What's next? Moving forward with new resources and ongoing support

Irish Angel now conducts fundraising to offer scholarships for treatment and partners with treatment facilities so officers can get the help they need when they need it. She also has plans to move forward with a Blue Line Bash event and conference for every chapter that opens up across the nation. RollKall participated in the inaugural Blue Line Bash as a proud sponsor and as enthusiastic attendees. We look forward to continuing our partnership with this amazing organization.

Coleman is also launching a new website in late 2021 with a robust set of resources, featuring where to get help, content and insight by officers that have been through treatment, and information and resources emphasizing fitness, nutrition and aftercare.

“We have to try to protect our protectors in every way shape and form because, at the end of the day, if they’re not right they can’t look after us.” 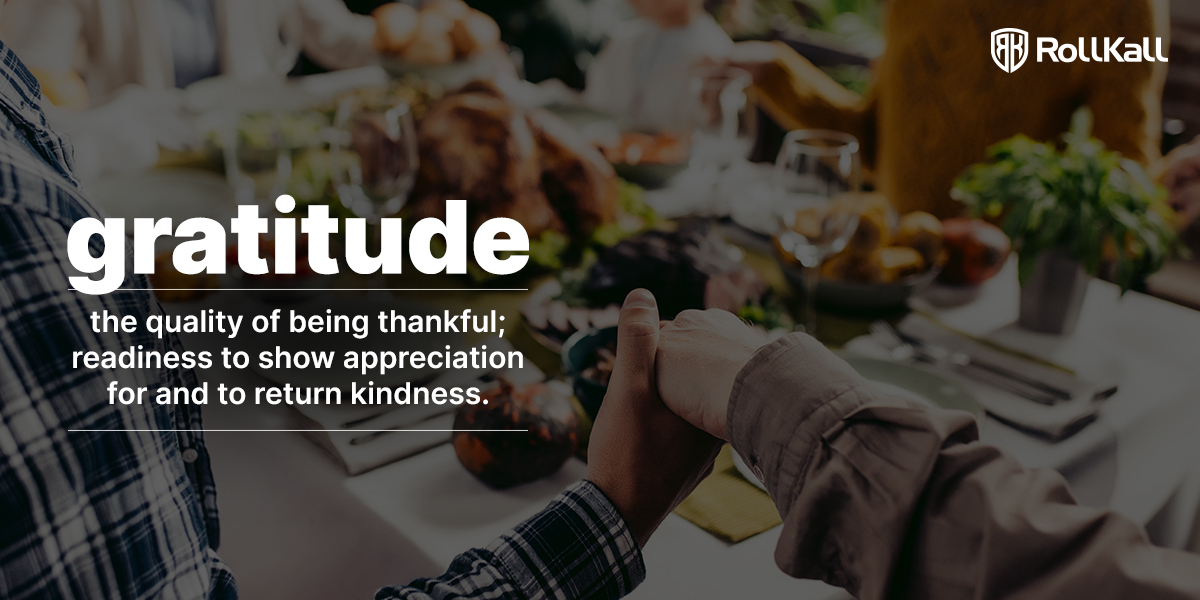 The Benefits of Gratitude Beyond the Thanksgiving Dinner Table 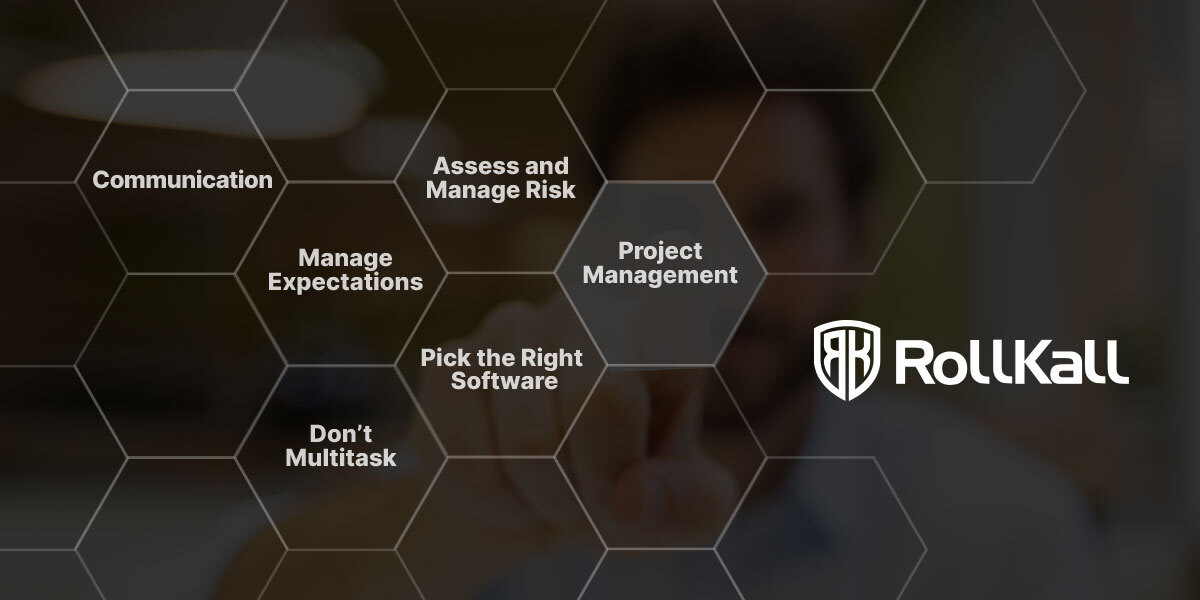 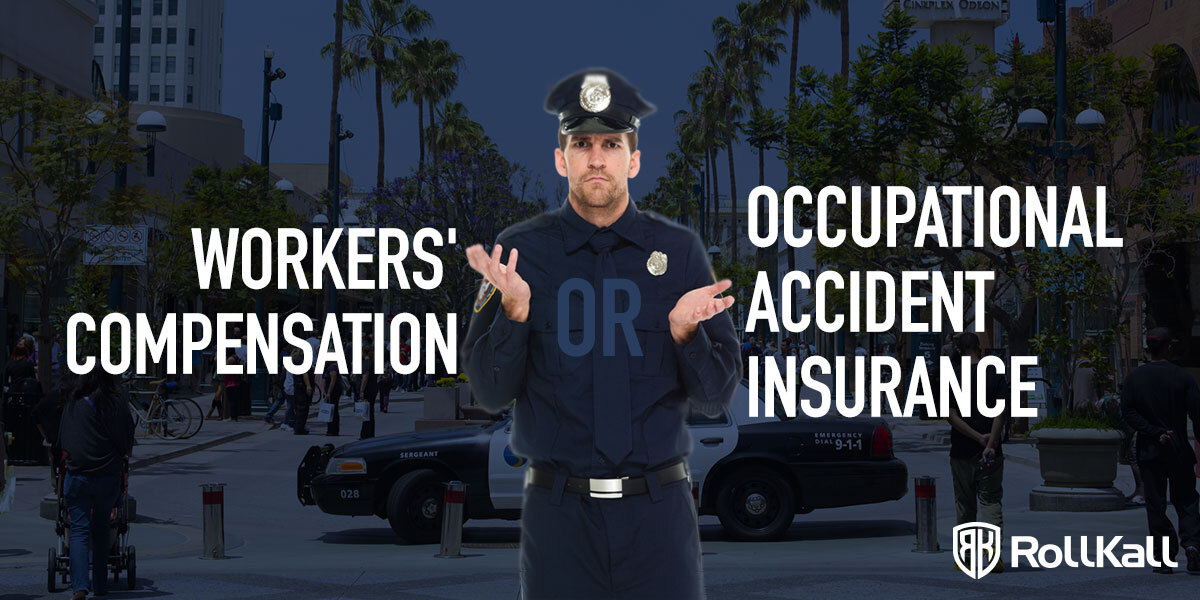