Meet the Winners of RollKall's League of Legendary LEOs Contest 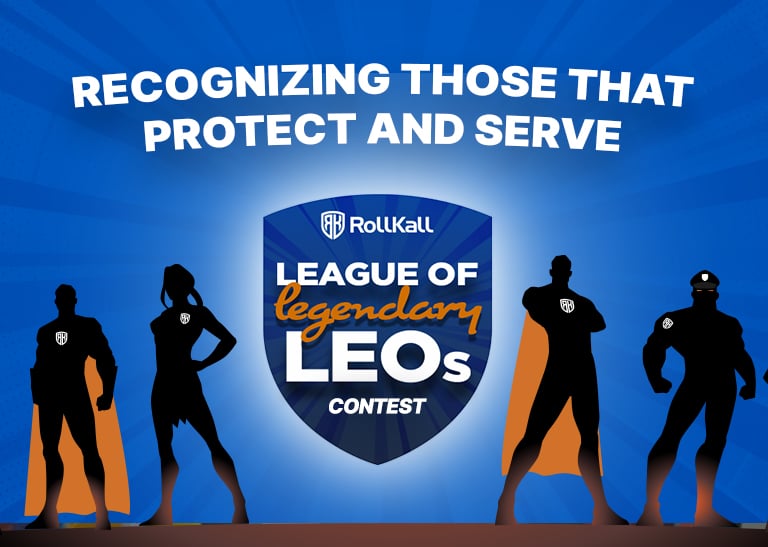 Over the summer, RollKall reached out to law enforcement and communities across the nation to nominate their favorite officers for the RollKall League of Legendary LEOs. Being a police officer calls for acts of heroism, big or small, to help those in their communities every day. This community commitment may be “just part of the job” but that doesn’t mean recognition isn’t in order.

Officers were nominated and chosen based on how they embody one or more attributes including humility, heart of service, resourcefulness and commitment to public safety and public service. The officers exemplified these attributes so well that several received multiple nominations.

We are overwhelmed by all of the stories we received highlighting some of our nation's most notable, but not always recognized, members of law enforcement. Thank you to everyone that participated by submitting a nomination and helping us honor those that protect and serve.

Without further ado, here are the six winners: 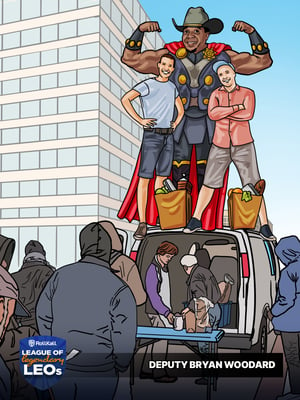 Deputy Bryan Woodard serves the communities of North Texas in Dallas County (where he lives) and Tarrant County (where he works). He firmly believes in community policing and maintains a prominent presence in the community, showing up in numerous ways including (but not limited to) feeding the homeless and assisting elderly community members. Woodard extends his community service by maintaining a thriving social media presence. He is currently running for Dallas County Constable.

Nomination: "Deputy Woodard embodies all four areas of a hero. He shows humility by all the simple acts he does to make a great impact in his community whether it’s providing guidance to people on the street or buying a homeless man lunch. He provides a heart of service by checking on neighbors and people in the community, especially those who are elderly or need help. He is resourceful by using the internet to assist people whether it’s asking for help or even for prayers for someone. He works with his strengths of humor, intelligence and love for his community and the people in it. He lastly embodies commitment and gives people room for hope whether it's the ones on the street or the ones who see his stories on Facebook. You can be having a bad day and encounter deputy Woodard whether face-to-face or online and it puts you in a better mood. His honesty in his videos allows you to see the other side of law enforcement, whether he is talking about his day or things going on in his personal life. His smile, positivity, funny videos, and loving kindness gives you hope that there are people out there who care and the world can be a better place if we just be the positive change in our own communities." - Alicia Romnek 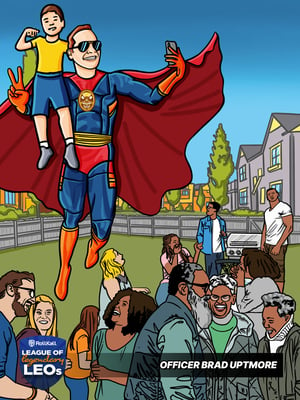 Officer Brad Uptmore is Assistant to the Chief and Public Information Officer of Southlake Police Department, a community that sits just north of Fort Worth, TX. He connects his agency with the community by providing a robust (and entertaining) social media presence to keep the community aware of any important area goings on or alerts. When he’s not whipping his phone out lickety-split to snap videos for social media, he’s playing Fortnight with his kids and designing really cool retro video game minimalist art. (No really, if you’re a gamer or you know one check it out. Christmas is around the corner - just sayin’.)

Nomination: "Officer Brad Uptmore makes our community a better place multiple times a day. As an award-winning Public Information Officer, he intentionally connects with our residents through informative and witty social media posts. (Seriously, he is hilarious). His relatable and engaging style of communication highlights the human side of the badge....so much so that his loyal following spans throughout all of "Southlake and beyond." But even more impressive than his top-notch posts, catchy songs, and videos is his service to our community. He can often be found volunteering for the local school's acting competition...or speaking at middle school career day...or educating the local society women's club...or braving the 104* heat at a city event in order to meet citizens. He does all of this because he genuinely wants to invest in the community. Officer Uptmore is smart, quick-witted, caring, engaged, and approachable. He is already a legend in our fair city....a legend with local parents, schools, businesses, and city leaders. He is certainly a legend on the internet at large; and, I have it on good authority that he is the ultimate legend with his two boys. And, I am certain he is worthy of RollKall's Legendary LEO title. Officer Brad Uptmore is the breath of fresh air we all need in the world today! (PS All of this doesn't even highlight his multiple awards from Dallas PD and Southlake PD for his acts of heroism and service while on duty. The man is seriously impressive. Like, for real)." - Whitney Johannessen 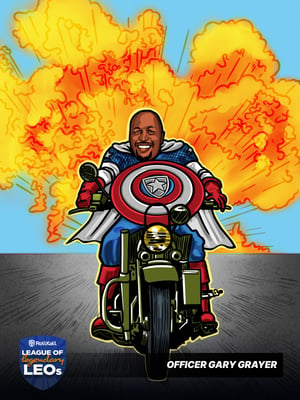 Officer Gary Grayer of North Chicago PD - aka “Officer Smiley” - was a key player in apprehending the Highland Park parade shooter of the mass shooting that took place this 4th of July. An officer of 22 years, this heightened apprehension is not his first accolade, being named Officer of the Year in 2019 stands out, nor was it his last. Just a few weeks after the mass shooting in North Chicago, he rescued a woman stuck in her car from flood waters. When he’s off-duty, Officer Grayer loves riding motorcycles and his jet ski.

Nomination:
"Officer Grayer located the suspect of the Highland Park, Illinois mass shooting on July 4, 2022, and worked with fellow officers to take the suspect into custody without incident. At the time of the arrest, the suspect was armed with a rifle." - Lazaro Perez, Chief of Police North Chicago 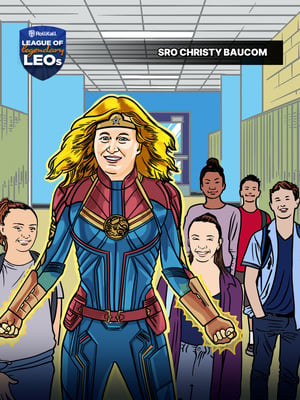 Deputy Christy Baucom has been looking over students as a School Resource Officer with Union County, NC for 19 years. She is an alumnus of both Union County and the University of North Carolina - making her a pretty die-hard Tar Heels fan. Baucom is known for her big heart and kindness in her duties as an SRO - going above and beyond to keep Union County students safe. She has received the Union County Lifesaver award and LEO of the Year for her important role in saving the life of a student that collapsed while she was on duty.

Nomination: "She performed CPR on a student where she saved the student's life. She is always willing to put others first. Taking money out of her pocket to make sure her students have food, clothes, etc... I would love to see her get recognized for her kindness and great heart." - Emily Tatro 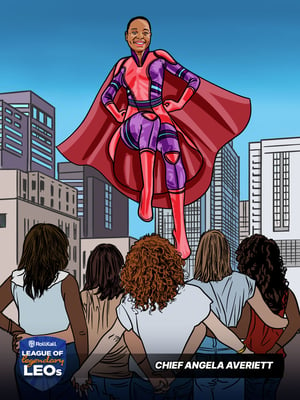 Chief Angela Averiett is the current Chief of Police in Los Altos, CA after a decorated career with both Hayward PD and BART PD. Throughout her career, she has served as an inspiration and mentor to other women in policing and spearheaded initiatives like the Progressive Policing and Community Engagement Bureau at BART, the first program of its kind. She’s also proud of her work as a Crisis/Hostage negotiator, even though she is no longer an active negotiator. Off-duty, she loves to travel, ride her bike and spend time with her children and grandchildren.

Nomination: "I first met Chief Angela Averiette at BART PD. She lateraled from the Hayward Police Department. She inspired other women leaders in law enforcement and encouraged them to speak their truth. She also implemented the Progressive Policing and Community Engagement Bureau. The bureau is among the first of its kind for any transit agency in the country. The bureau is staffed by non-sworn (unarmed) Transit Ambassadors and Crisis Intervention Specialists who work in tandem with sworn police officers. Angela’s tenacity and perseverance demonstrate her commitment to uplifting and inspiring women leaders. She is now Chief of Police at Los Altos PD." - Tanzanika Carter 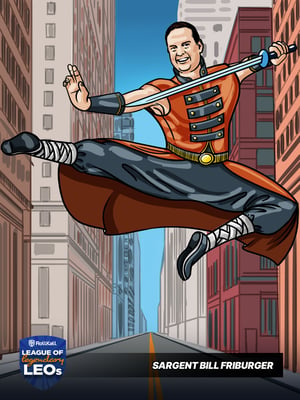 Sergeant “William” Bill Friburger of Pittsburgh PD is a tactical officer whose athletic stature and agreeable disposition have garnered him the nickname of “Panda.” He has spent time as a SWAT team member and detective, diffusing multiple active shooter situations in the line of duty. When not on patrol, Sgt. Friburger stays active practicing Jiu-Jitsu and enjoys spending time outdoors with friends and family.

Nomination: "There was a male with a gun inside a psychiatric hospital that planned on shooting people. Bill was the first on scene, incapacitated the shooter and saved countless people from dying." - Michelle Piscitella 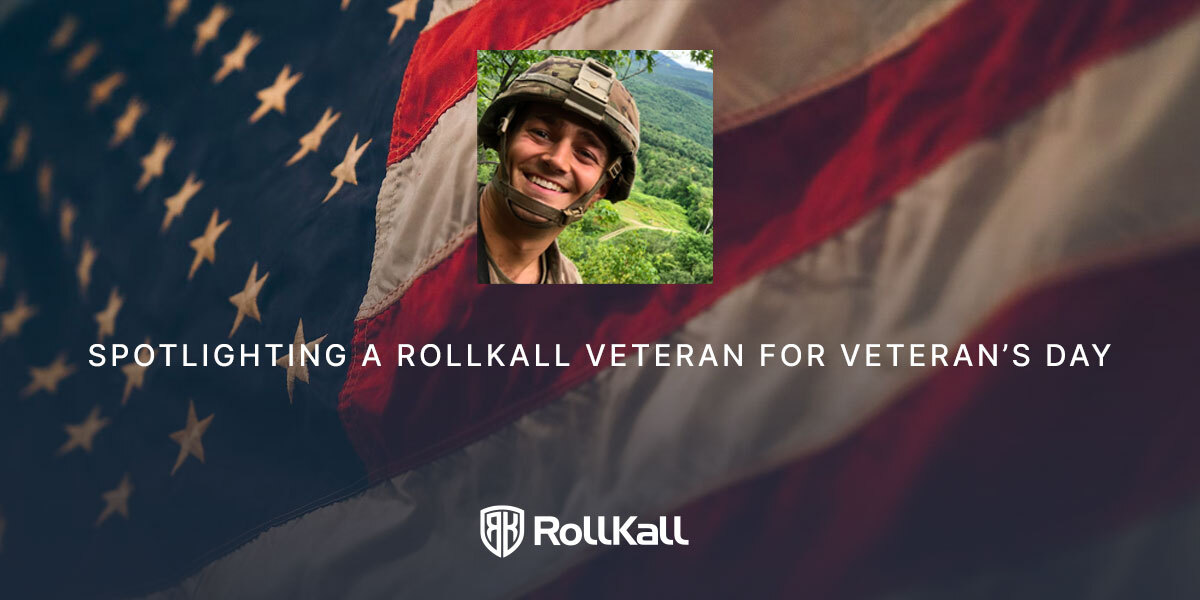 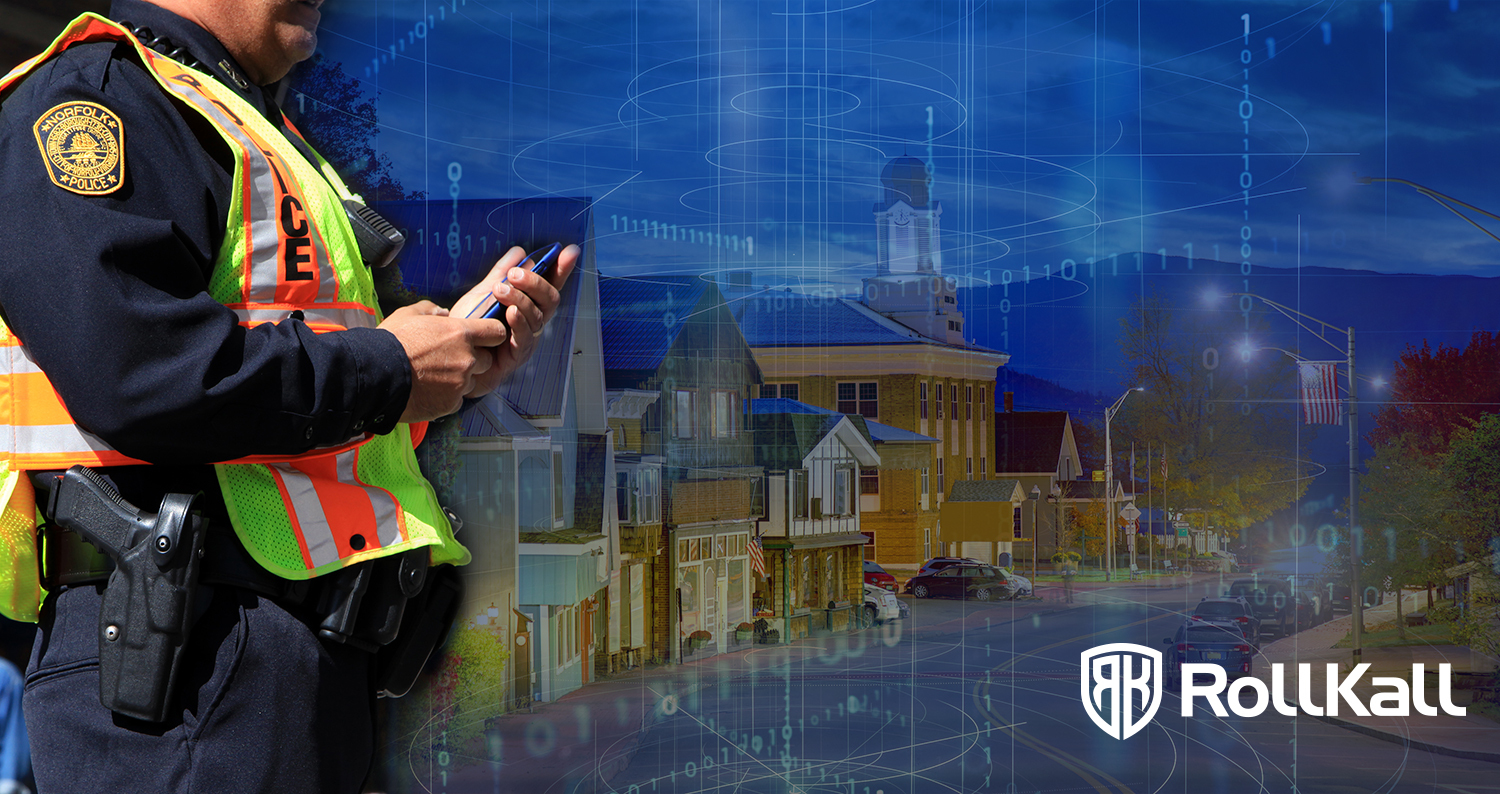 The Importance of Transparency in Policing